Do you remember what it is like to look at the world through a child’s eyes? When magic, wishes, and hope are as real as the miracle of the sun coming up each day? When trust is the default response? When everything is filled with wonder? How lucky we are to have children to bring us back to that time we better understood the world because now we’ve gotten too serious to appreciate or even see the mystery.

We were made to create. To shine. To share all the things that make us happy and bring us joy. Even, for that matter, the things that hurt and keep us up. Creativity allows our souls to sneak out of the shadows in our inner selves and dance with other brave souls. Creativity gives us the opportunity to touch others deep down where their real selves dwell. To commune. And that’s a very cool thing.

In this beautiful film set to the words of Brother David Steindhl-Rast, you can’t help but see much of what makes life good and affirming. What if we learn to appreciate each day as if it is our first day…and our last? What if we appreciate each miracle as it presents itself to us throughout the day…the miracle of sight, of running water, of food, of laughter? What then?

In this delightful interview of centenarians, some profound lessons are to be found. On loving, on regret, and on celebrating life. Enjoy!

Love isn’t a feeling we fall in and out of. It’s an action we choose to take even when it may be challenging. Sometimes it brings pain. When we think of love as an active verb, like, as Mr. Rogers suggests above, ‘struggle’, rather than as an emotion, it opens our eyes to the fact that we must work at it. It’s a struggle, a constant readjustment and tinkering, constantly expanding our own understanding and empathy. Love is not molding someone to our vision of what they should be, but accepting who they are and supporting them as they blossom. Thinking of love as something more akin to struggle encourages us to keep looking for new and better ways to show up for the people in our lives, to view the relationships as evolving rather than static, and to appreciate all the little successes and breakthroughs in those relationships along the way. 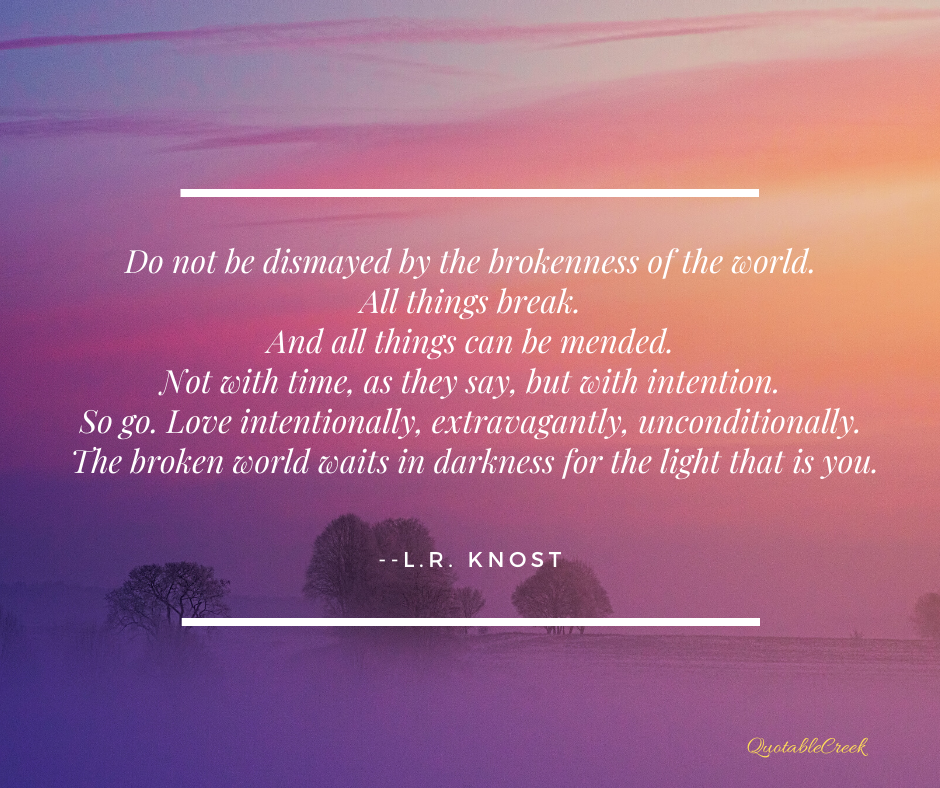 And yet most of us internalize myths that we are meant to live pain-free lives and that there is always more time. How much more could we accomplish if we embrace the reality instead?

We’re breakable. But our vulnerability is our strength. And when we mend from something painful, we are likely to have tools and skills and sensitivities that may help us and make us more empathic going forward. Breaking and mending is part of growth. Part of change. Part of evolving. To be scared of breaking is to be scared of living.

Time’s short. Now is the time to reach out, apologize, help…whatever it is you’re waiting for a different day to do. There is no promised day. Things don’t just happen. Time doesn’t heal all wounds. We help heal the broken world, and our own broken selves, by continuing to love even in the darkness.

The World War II Victory Garden plan grew out of necessity. There was not enough steel and tin to make both fighter planes and tin cans for vegetables. There were not enough train cars to carry soldiers to the ports and to send food around the country. And with Japan controlling the islands where most of the world’s rubber plants grew, there was not enough rubber for tires for trucks to carry food from the farms to the cities.

The Roosevelts’ plan was a resounding success. In every city and town, vacant land was turned to food production. City parks, suburban and urban yards, vacant lots, and even apartment rooftops were used to grow fruits and vegetables. An estimated 20 million gardens were planted in the  U.S., producing between 9 and 10 million tons of food, over 40 percent of all the produce eaten in the United Sates. Community centers offered classes in canning, and the harvest was put away to feed the country during the winter as well.

This bit of history is remarkable in so many ways. Success depended on wide-spread buy-in from the total population based on their shared concern for and desire to support the troops and win the war. The solution wasn’t based on borrowing or over-spending but directly resulted from an honest appraisal of scarcity. People stepped up, across all divides. The solution stemmed from a deep recognition of the interrelatedness of things. People welcomed the opportunity to help. Each of those facts is powerful alone, but together, it marks a remarkable time in history.

What could we do today with buy-in like that among an entire populace? Can we even imagine anymore what it would feel like to be part of a country where everyone was looking for a way to help a global problem by making changes and contributions at a local level? In 1943, the impetus for the action was a desire to feed the troops and help win the war. What will we care enough about to pull together now?

Something there is in each of us that longs for home, that place where we are welcome and accepted and known. Yet in this world of constant mobility and displacement (often involuntary), that feeling of home remains elusive. What if that feeling of home is something we can activate ourselves and bring to ourselves and others? What if we could make everyone feel a bit more at home?

‘Home’ is more than just a place. But what is it really?

In Willie Baronet’s TEDx talk last year, he quoted Glinda from the Wiz: ”Home is a place we all must find, child. It’s not just a place where you eat or sleep. Home is knowing. Knowing your mind, knowing your heart, knowing your courage. If we know ourselves, we’re always home, anywhere.”

What can we do today to bring that feeling of home to everyone we meet? 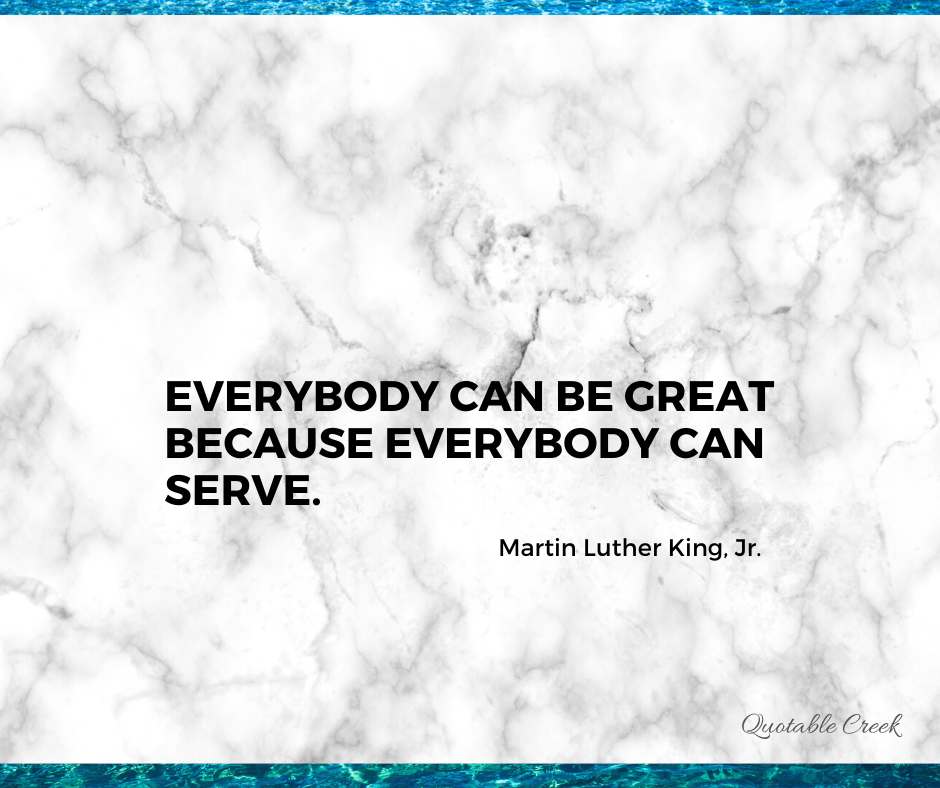 If you could have a super power, what would it be? Flight, invisibility, strength, X-ray vision?

We probably already have a super power if we could see the ripples we can create from simple acts of kindness. For inspiration, check out this little Superhero of kindness.

Have you ever felt that things were too big, too scary, too overwhelming?

Maybe we just need to step back and get a sense of proportion. Check out this amusing collection of pictures to help us get a grip.