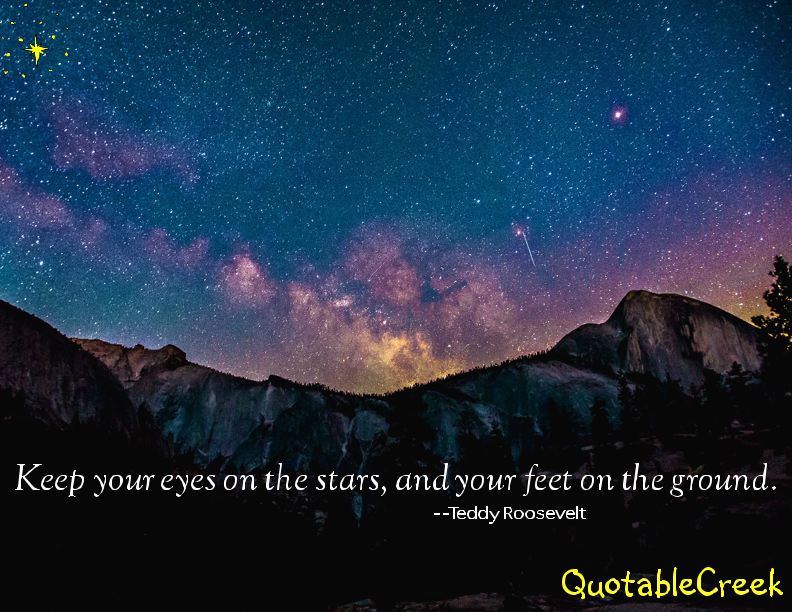 Do you have a dream? Maybe to meet someone special, learn a language, write a book, learn an instrument, play a sport, travel? What is that dream?

One reason is it is fun to dream that you have God-given natural talent that will be discovered by the world someday like Lana Turner sitting at the counter sipping a Coke at the Top Hat Cafe. And, while those kinds of stories may happen occasionally, the much more common story is that someone who achieved their dream worked for it, and worked hard. Michael Jordan didn’t make his high school basketball team. Frank Sinatra spent hours holding his breath to improve his phrasing. Vincent van Gogh’s early work was, well, not that great.

And plenty of people who have become successful want to perpetuate the notion that they were just born that way. It was natural talent not hard work. It was their own efforts, not a result of having many people in their corner, helping them move forward. And sometimes it seems this way, doesn’t it? We see the Olympic performance, but not the struggle that led there. We read the best-selling novel from the overnight success, but don’t see all the drafts in the desk drawer. And something in us wants to believe that those people, those success stories, are different from us. They were just born different. But that’s not the truth.

Success isn’t like winning a lottery; it’s like running a marathon. Check out this recent ad pulling back the curtain on Michael Phelps’s astonishing success. The common denominator is that some people achieve their dreams because they pursue them. They don’t just dream, although the dream–something that ignites your passions–is the first step. The dream isn’t all they needed though.

But the dream gave them curiosity to explore it from every angle. And that curiosity gave them energy to practice. And that practice brought improvement. That improvement was encouraging. And that encouragement helped them stay the course. Now sometimes following the dream will result in financial or other success, but that shouldn’t be the yardstick. The yardstick should be if you are doing what you dreamed of doing.

So, yes, dream of all you can be. But then figure out some concrete steps you can take to help you get there.