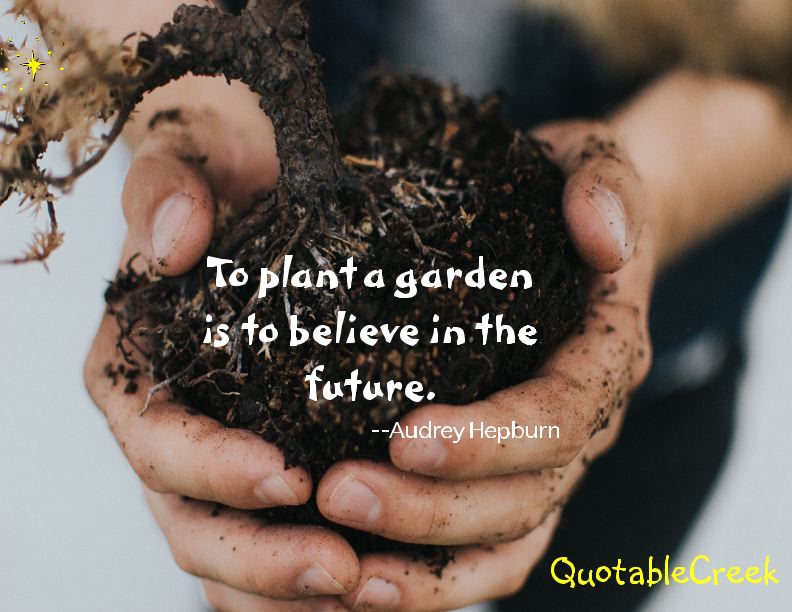 The daffodils are coming. Planted last fall–before the snow, before the holidays, before the divisive American election– they are starting to poke up. Soon they will be blooming everywhere adding cheer to the lives of whomever might see them.

A garden is a microcosm of life. Seasons of vibrance and beauty fall away into a frozen landscape seemingly devoid of color. But then, maybe when you’ve almost forgotten, there is blossoming and rebirth.

Gardeners and children know something that many of us have forgotten: there is joy in the dirt.

It turns out, “Prozac may not be the only way to get rid of your serious blues. Soil microbes have been found to have similar effects on the brain and are without side effects and chemical dependency potential.”

Studies show the benefits gardeners and children will swear by of playing in the dirt are actually based on science.

It’s true. Mycobacterium vaccae is the substance under study and has indeed been found to mirror the effect on neurons that drugs like Prozac provide. The bacterium is found in soil and may stimulate serotonin production, which makes you relaxed and happier. Studies were conducted on cancer patients and they reported a better quality of life and less stress. Lack of serotonin has been linked to depression, anxiety, obsessive compulsive disorder and bipolar problems. The bacterium appears to be a natural antidepressant in soil and has no adverse health effects. These antidepressant microbes in soil may be as easy to use as just playing in the dirt.

So go ahead. Get dirty.