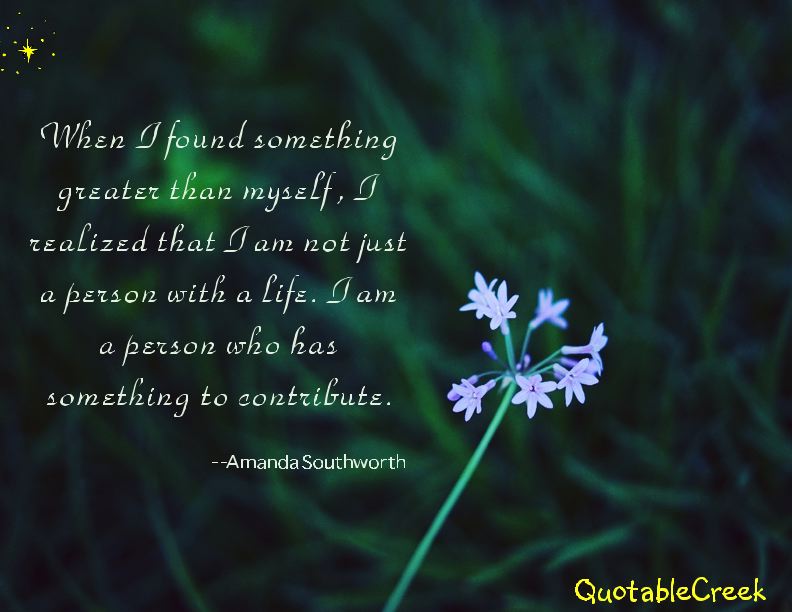 Consider the inspiring story of Amanda Southworth, a teen who attempted suicide seven times but then went on to use her experience to create an app to help others facing debilitating depression. Amanda explained what helped her make that transition:

What saved her: a sixth-grade robotics club in 2011, which introduced her to the possibilities of technology and inspired her to soak up knowledge about web development and artificial intelligence from the internet and textbooks.

Her first app, AnxietyHelper, a mental health resource guide, debuted in the app store in September 2015 during her ninth-grade Latin class. Her excited classmates downloaded it, and she finished the day with 18 users. Even that small achievement gave her belief in her own power and a sense of purpose, Southworth says.

“I was always very destructive toward myself. Coding is the opposite. It’s about creating. It’s about taking different characters on a keyboard and transforming them into something bigger than you,” she said.

In May 2017, she launched a mobile app called Verena for the LGBTQ community after friends were bullied in the tense political climate around the presidential election. Verena, which means protector in German, locates hospitals, shelters and police stations and users can create a list of contacts to be alerted in an emergency.

“Everything in my life has shown me that both good and bad things in this world will continue to happen and that’s out of our control. But it’s what we do with the things that happen to us that can make all of the difference,” she said in a TedX talk last November in Pasadena, California. “My name is Amanda Southworth, I’m 15 years old, a junior in high school and I’m still alive.”

Southworth’s conclusion that “it’s what we do with the things that happen to us that can make all of the difference” is profound. Each of us faces challenges and hardships. But each of us also has the ability to use our experiences to make a contribution for others, to make our lives count.